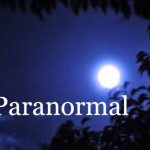 As with most professions, the field of the paranormal has it’s own language used to convey our experiences. While quite basic, here is a list,  primarily geared for hauntings, to get you started on your way.

Anomalous Experience
A general term referring to unusual experiences that cannot be explained in terms of current scientific knowledge.

Apparition
A visual appearance, often of an entity or past or future scene, generally experienced in a conscious state.

Channeling
Receiving messages from the deceased and other entities.

Clairvoyance
A general term that refers to the paranormal obtaining of information about an object or event. In modern usage, this does not necessarily refer to obtaining information visually.

Entity
A spirit or non-material being. Often used to refer to the personality of a deceased individual

EVP
Electronic Voice Phenomena. Intelligible voices recorded on magnetic tape under conditions of silence or white noise which are heard only when the tape is played

Focal Person
A person who is at the center of paranormal activity.

Intuition
The ability to grasp the elements of a situation or to draw conclusions about complex events in ways that go beyond a purely rational or intellectual analysis.

ORBS
Spherical images that appear in photographs. Often believed to represent entities. Some may even appear to have faces in them.

Parapsychology
Term coined by J.B. Rhine to refer to the experimental and quantitative study of paranormal phenomena. Now generally used instead of “psychical research” as the term for the scientific investigation of the paranormal.

Presence
A subjective feeling that a person, animal or spirit form is present.

Psi
A term used to encompass all paranormal abilities.

Psychokinesis (PK)
The paranormal influence of the mind on physical events and processes.

Remote Viewing
A procedure using the skills of ESP  in which a participant attempts to become aware psychically of a distant, unknown target location.

Retrocognition
Paranormal knowledge of past events.

Vortex
An area of highly concentrated paranormal activity, often considered to be a portal to the other side or to other dimensions.